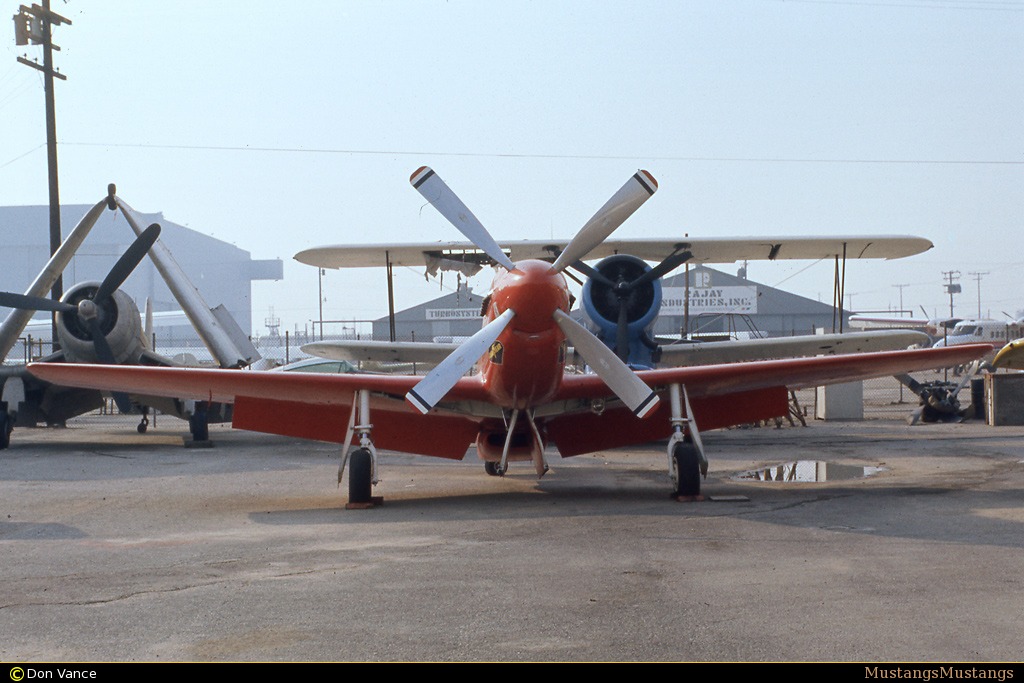 This aircraft is currently in storage in Mesa AZ. It has been known in recent years as the "American Dreamer". It is still under the ownership of E.d.s widow -- Valery Bonzar.
dean murphy
I believe that is Paul Mantz' Excaliber(44-14097 n1202) at orange county some time in the 70's. The 'duck' in the background is obviously from murphy's war,and still in movie dress with ripped fabric!
pete hodgdon
I agree it is Ed's red STP racer....I used to hang around Long Beach Airport in the early 1970's and I saw it at Vern Barker's Pylon Air hangar as it was a steady guest there for 2 or more years....

Maybe you can solve my P-51D mystery...at around the same time frame early 1970's Vern had a light green P-51D crated up against the fence around his hangar that was in pieces...I asked him about it and at that time he said he would deliver to my house for 5 grand.."my wife didn't want thatjunk" I have a picture not very good but it shows it all crated up...I often wondered what happened to it...maybe you can solve my mystery...thanks
Old Thud Man
Saw this Mustang in 64 or 65....at McCarren Field....on west side in front of old terminal building.....Was there for air race at Boulder/Henderson airport.......Pretty livery.
Case Closed! 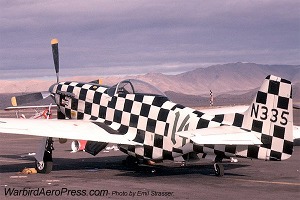