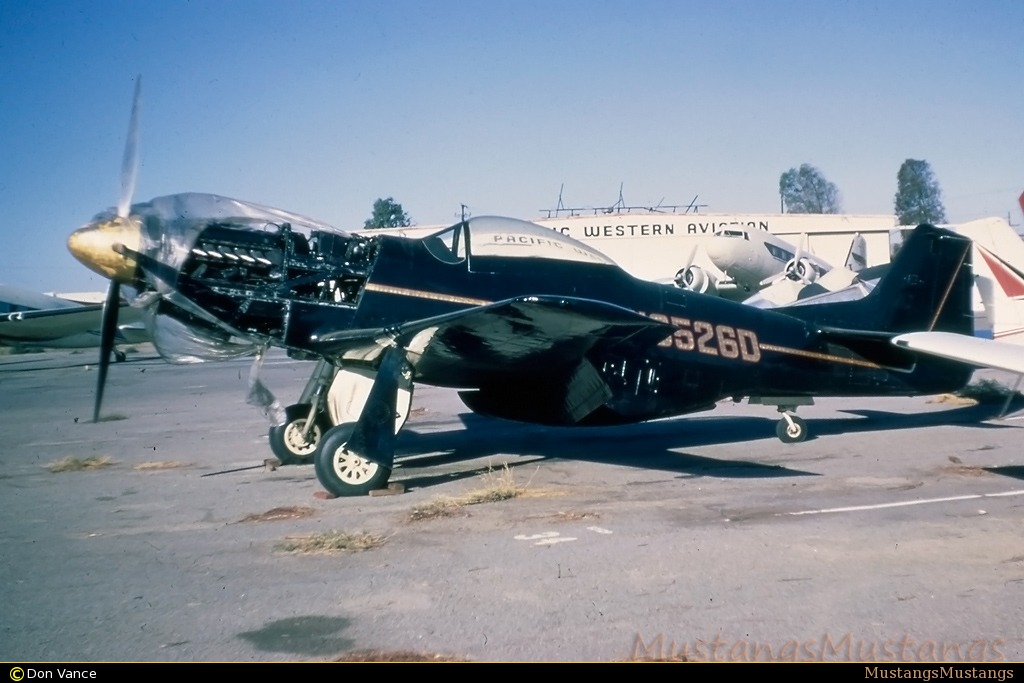 The paperwork then went to Bill Speer who based his project which became Pegasus/ Voodoo on it. Some sources say that the useable remains of the wreckage was incorporated into the static D model traded to the RAF museum (lately seen at RAF Cosford).
William Yoak
This is most likely Serial #:44-73415 in which Bill Veatch was killed on takeoff on March 19, 1977, in Olympia, WA. More "info" about the accident can be found at: <br />
<br />
http://www.ntsb.gov/aviationquery/brief.aspx?ev_id=56791&key=0<br />
<br />
The wrekage was used by the late Bill Speer to build "Pegasus" (Race#:55). He (Speer) was killed at the 1994 Reno Air Races in this aircraft.<br />
<br />
Bob Button acquired the wreckage of "Pegasus" around 1995 to build "Voodoo Chile" (Race# 55). This Mustang was further modified after racing for a few years to become "Voodoo" (Race #:5
William Yoak
I'm Sorry about one error about Bill Veatch. He was the owner at the time when N26526D crashed on takeoff in Washington. He was not killed in that aircraft. Another person mentioned above in TJ Johansen's description of this Mustang was flying the aircraft with a female passanger at the time of the accident.
k collins
The pilot was a friend of mine, and I have a little background on this accident if anyone is interested.
T J Johansen
Any and all information regarding this would be appreciated.
k collins
Mr. Jenkins was known to many people as "Stan" at the Olympia Airport, and was well-liked by everyone. He had a reputation as a very good pilot. I was invited to spend some time with him and his Mustang in 1975, and enjoyed every minute. He was known on occasion, to perform a slow roll on takeoff, to the delight of everyone on the airfield. What happened on the day of the crash is unclear, and I am surprised that the ntsb findings are so vague. At any rate, he left an indelible impression on me, and I think of him often.
Shanon
I am Stan's granddaughter. Do you know the name if the person who died with him?
Darlene Broumley-Jenkins
I am Stan's youngest daughter, Darlene. Dad had 4 children. I enjoyed the times I flew with dad. He was very skilled as a flyer and the plane was beautiful
k collins
To Shanon and Darlene; You should know that Stan was looked up to by the other pilots in Olympia, with respect, as a mentor. As far as I know, the name of the woman who was flying with him that day was never released publicly. To my surprise, there has been some question as to who was on the controls at the time of the crash. I can tell you as one who has flown in a P-51 Mustang, the takeoff roll would not be the place to have an unrated passenger flying the aircraft. There was some speculation that the engine failed on takeoff, and in a Mustang, that may have been enough to overwhelm even an experienced pilot.
J Chambers
When I was younger, I worked extensively on Dr. Bill Veatch‘s P51 at the Olympia Airport. One of my favorite moments was when I got to taxi her. It was one of the most amazing things I’ve ever done.
I was promised a flight, but unfortunately the wrecked happened.
I still have loads of pictures doing the rebuild, even of the stripped down VW that was used for pushing/pulling her in & out of the hanger.
I also kept a copy of the Olympian from her final tragic flight.
I sure miss those days!!
s girard
I flew behind Bill Speer in the jump seat in his newly aquired P51 at Santa Maria CA in the early 90's when he and Dan Martin (Ridge Runner) were hopping rides at a local airshow. The idea supposedly was to build up Bill's hours so he could race at Reno. The plane was mostly original inside--ancient non-adjustable headset I couldn't wear--and bare metal finish. Bill was racing the plane next spring (?) in AZ, when the elevator came off. Then came the fatal race at Reno.

Bill was a real gentleman, and when he found out it was only my third flight in a small aircraft, and after we realized I couldn't use the headset, we communicated with thumbs up/down. If he did a maneuver that frightened me, I was to give him a thumbs down over his shoulder. First come an aileron roll. Thumbs up, Then we headed out over the Pacific near Guadalupe, and he commenced a series of climbs and dives to the deck. Thumbs up. Fastest speed I could read was 230 on the dive. I could've stayed up all day! When we went to step out of the plane, my little short legs could barely hoist me over the back of his seat to exit because they were still shaking with excitement. He took my hand like a gentleman and helped me out. It was a day I'll never forget. (3rd anniv present from my husband)
Case Closed! 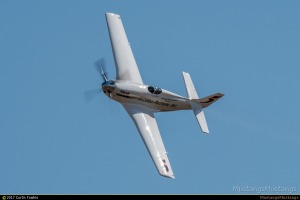