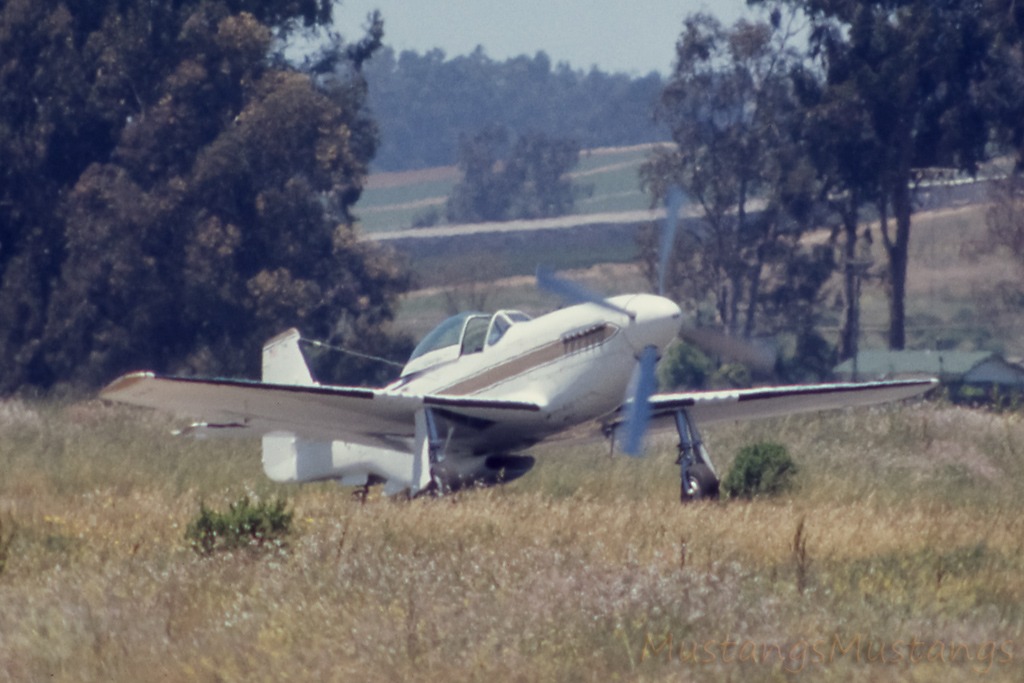 Could this Mustang be N6357T? The paint scheme in the photo is very similar: tan with a gold stripe outlined with green pin stripes. In 1968, I used to be an eighteen year old "airport bum" at Dekalb Peachtree Airport in Chamblee, Georgia. Before '57T was "exported" to El Salvador, I was able to create many precious memories with this particular bird.

John L. Dienst
Curtis Fowles
Hint: this bird is famous for ...
Curtis Fowles
Famous for sitting on the ramp at SJC for years and years. I'm gonna age myself, but that's ok. I learned to fly a C-172 out of SJC in late 1978 - early 1979. I was 18. I remember a P-51 on the ramp when I was taxiing to and from 30R. Never paid much attention to it. Not sure if it was there all the time. Then in 82, I started an Aeronautical Engineering degree at SJSU. The Aeronautics classes were held at SJC. Saw this bird many times.

This is a great shot of it in colors I have never seen. Again I would like thank Don Vance for the photo. 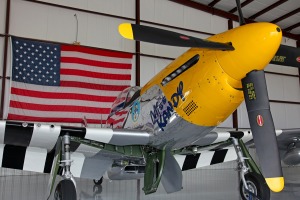