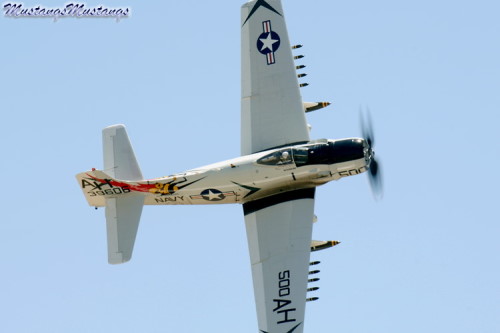 Just one more prop aircraft, the AD-1 Skyraider. The Skyraider was built by Douglas for WWII, but came out late and first saw service in the Korean War. The loiter time of the Skyraider was very useful and it remained in service into the 60's in Viet Nam as a formidable ground attack aircraft.

There were two Skyraiders at the Chino Airshow. Get up close and you will see the large size of this warbird.

Now some jet warbirds like the F-86 Sabre and the Mig 17. These two fought each other during the Korean War.