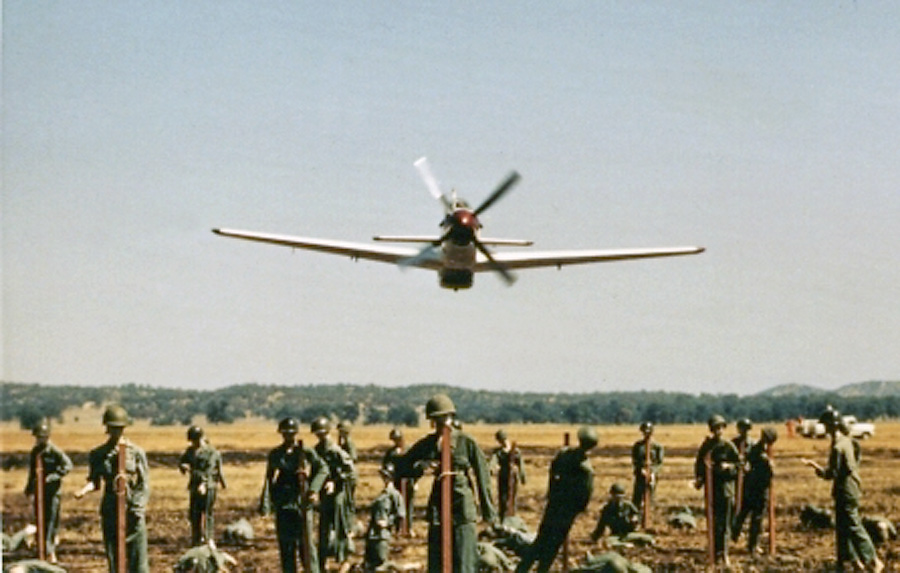 << Case # 366
Who?   Case # 367
Case # 368 >>
P-51 Who? Viewer Responses
Curtis Fowles
Very cool story behind this one. List as much about the shot as you can.
T J Johansen
If I should venture a guess I'd say it is N5466V while owned by F R Davis of Oregon around 1970. T J
Curtis Fowles
Sorry TJ, not right.
Robbie Stuart
I believe this is N7722C when owned by Robert Bixler of San Jose CA. The airplane was used by Bixler in flight test operations under contract for FMC Corp. Most of the flights were conducted over Hunter Liggett Military Reservation, & Fallon NV. The aircraft spent some time in NZ, & I believe is now owned by Jack Croul back in the USA. Note: the airplane at one time was known as "Miss Torque", & flown by the late great Rob Satterfield.
Dale Knutsen
Just to complete the story of the photo ... Bixler made this particular pass in N7722C over the drop zone at Hunter Liggett at the request of the test photographer, who wanted some head-on shots that would include both the aircraft and the array of uniformed mannequins. Needless to say, the pass was at a low altitude! I was in the bed of the white pickup seen in the background, working the radio during the operation. We were testing an experimental training munition that could be safely dropped on troops during wargames and that would leave brightly colored marks on anyone "hit". It was a successful program, but was never produced by the USAF. It did, however, eventually lead to the development of paintballs ... but that's another story.
Dave Brondos
Hello, Back in the early 60's I had a J-3 at Ortner's Air service in Wakeman,Ohio. Andy and Dean Ortner had an air service with C-46's DC-3's.They also put on air shows with a B-26 and P-51. I took a picture of the Mustang that shows the N,number. I checked with the FAA,but the number has been reassigned.Could you please shed some light on N6319T? I would like to send you the black-n-white photo of the Mustang one day. Thank You.
David Brondos
408.281.7011
San Jose, Ca
Case Closed! 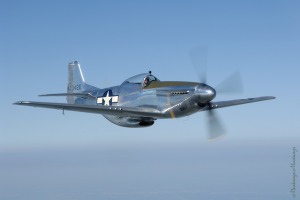