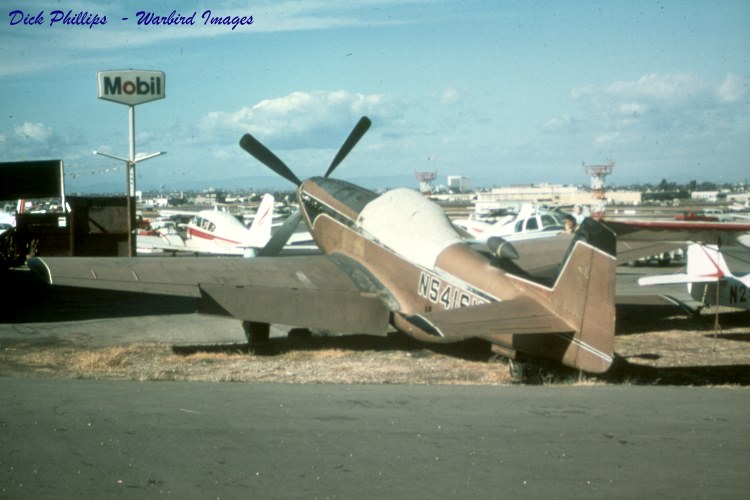 << Case # 334
Who?   Case # 335
Case # 336 >>
P-51 Who? Viewer Responses
Roger Baker
Hi Curtis and Dick, Nice to see this picture of 44-84896 (N5416V). In the olden days, everytime I was around Torrance, I would drive by this tiedown and check to see how much more of the airplane had been removed and moved. Slowly, the airplane "oozed" away, piece by piece to a storage hangar. Is it still there? Best regards, Roger
Tony Kambic
I took a few photographs of this aircraft in a hangar at Torrance Airfield in 1972. At the time covers had been removed, but the owner (Ken Scholz) indicated that he was going to restore it.
Curtis Fowles
Anyone know any facts (I know some rumors) about the current condition?
Robert Ruch
As of 1987 Ken Scholz still owned this plane. It was reported in flying condition located at Playa Del Ray, CA.
Curtis Fowles
Flying cond.? Does anyone have any pics?
John Kraman
I grew up around the Torrance Airport, and remember this P-51 there in the early 70's. I would ride my red Schwinn Sting Ray to the airport and enjoyed looking at all the aircraft tied down outside..... I tried to get a peek inside the cockpit of the P-51, but all I remember is the musty smell of the canopy cover, and the dark cockpit.....
T J Johansen
I went to see Ken and his P-51D in 1991. The plane was stored in his hangar together with a dismantled PT-22. It had never flown while in Ken's ownership, and I'm not so sure it will. Ken planned to restore the PT-22 first, but to the best of my knowledge that has yet to happen. But at least it is safe from the elemwents! T J
Curtis Fowles
Thanks T J.
Tony Kambic
This was the P-51 auctioned about 2016. A spare Merlin V1650-9 was also auctioned with it, which I had sold to Ken Scholz back in 1974. 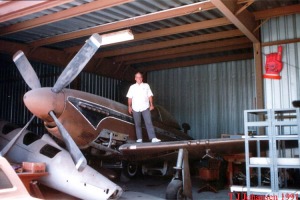