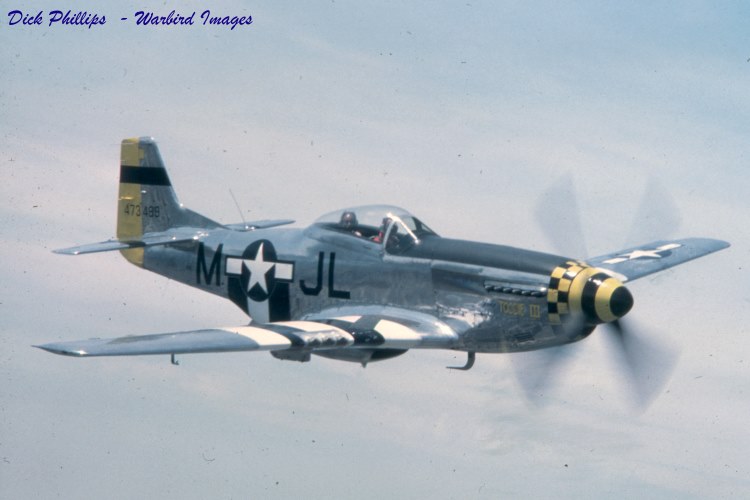 << Case # 333
Who?   Case # 334
Case # 335 >>
P-51 Who? Viewer Responses
Martin / Swiss Mustangs
This most probably is 44-73849 that crashed in 1984 with pilot Jack Levine being killed - see case #22 ex N835J to N51JL Martin
peter geffers
i agree this is 44-73849 it crashed in New Haven MI. nov 17 1984.
Gary Sauer
My wife and I get a flight on this aircraft (N51JL). I met Jack at the State Michigan Police Post at Northville, MI where I was a sergeant. My wife and and I were both pilots. Dr. LaVigne told me that he would give both my wife and a "ride". I could not believe my good luck. My wife got the first first and left went from Pontiac for about a 20 minute flight. Jack then came back and came me from Pontiac to Canton Airport and back. Thrilling beyond belief. Jack was killed sometime later (with his secretary - but I am not totally sure of that). The accident took place around Grand Haven, Mich. Place coming out of a loop and hit a farm, shed, etc.
Kirk Davis
I knew "Doc" Jack Levine. He did crash near New Haven, Card road and 26 mile road. However he was not looping. He had his nurse with him. It was her first time in an airplane. Jack had a massive heart attack and crashed through a barn at in excess of 400MPH. There was very little left of him or the plane. I use to hang around Lycon Aviation with him where the plane was maintained. He also owned an F-( Panther jet that took ten years to restore.
Dave Levine
This Was My father Dr. Jack N. Levine. I miss him dearly. he was a great pilot and new this plane well.
I dont recall that he had a Heart attack I thought the attopsy showed Nothing , But It has been a long time.
Rest in peace Daddy.
Dave levine
Does anyone have any Pictures of my Fathers P51 that I could get a copy of Please let my know.
Mark Hrutkay
David

Mark H
Brad Finn
Dave
Email me at whitegloves@gmail.com
I have pictures of both planes they sit on my office desk at home.
Don Levine
Dr. Jack N Levine was my father and husband to my Mother, Adrianne Levine. My fondest memories of Dads 51 would obviously be flying with him in that tiny backseat but even more would have to be the summers with Mom, Kari and David at the Detroit Airshows as a young kid...Dad would fire up "toodie two" and instantly hundreds of patrons stopped and were captivated by the thundering rumble of that merlin rolls royce engine, peoples hats n blankets ripped away,red picket fencing blown away and then he'd taxi down the runway and that awesome n powerful tankbuster would take off and join the rest of the 'warbirds of america' planes in the skies above and simply leave you in awe! Missing my old man...Love You Dad, Don
Zaven Melkonian
Don,
I live close to the Oakland International Airport, so I often saw "Jack's TOOTIE III" in flight or on the ground. One day, Jack had just returned from a local flight and parked the airplane. I engaged him in conversation, and as "airplane people" so often do, we connected. Twenty minutes later I was in the back seat heading for Howell, for one of the greatest thrills of my life. Not long afterwards, I saw him at an air show, walking with your Mom. He turned to her and said, "This is one of the very few people who have flown in the back seat of my airplane". I was amazed that he remembered me. We had a number of brief conversations at Lycon afterwards, and I found him to be a very gregarious person who just loved to fly! He'd say, "I'm out here every Wednesday. Stop by and if I don't have someone in the back seat, we'll go flying". His death really saddened me. May he rest in Peace.
TIM RAWLINGS
I have s few pics of jacks p-51, my dad was a dear friend (tom rawlings). I remember when it still named "late for dinner'
Ill get me your email and i can send them . also have pics of jack spanich's skyraider.
my dad still has his stearman. hes now 73 and quit flying last year.
John Elwell
Dave Levine: I have pictures of your father and the P-51 taken in 1976. E-mail me at jelwell2@me.com and I will happily share them with you.
Case Closed! 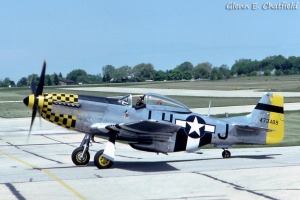