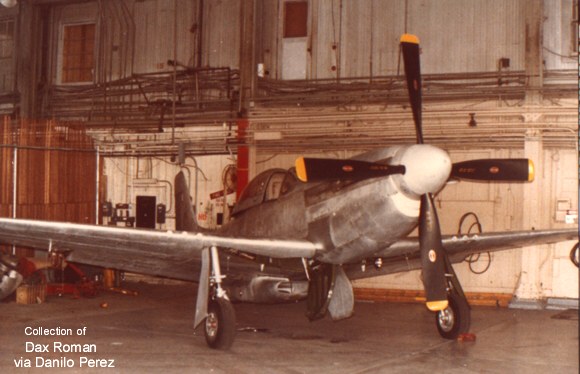 << Case # 192
Who?   Case # 193
Case # 194 >>
P-51 Who? Viewer Responses
Bill Eaton
I'm gonna' go out on a limb and say this is Art Stagg's tall-tail (NACA tail) D in a hangar at Oakland circa-1984. Stagg's airplane was later painted in the popular yellow forward cowl/spinner with blue scalloped top surfaces, D-day stripes, a-la the "Lou IV" WWII scheme.
MustangsMustangs
This P-51 is unknown to us as well. I have a picture of 44-74506 from Dax Roman that is taken from the same hangar. I don't know the date, but it is in the previous red noser paint scheme at the time which dates it no earlier than '92.
Martin Kyburz
I can give an assumption, but no proof:
This ship could either be

Both a/c had 'high' tails when surplused.

Anyone ?
Jeff Michael
Guess again!! It is serial no. 44-74976 and it flies on the airshow circuit as OBSESSION. I bought it from the Johnson family in 1986. I have owned it for twenty five years and fly it about 25-50 hours a year and still loving it.
Jeff Michael PS: For pictures goggle P51 Obsession
Matthew King
Mr. Jeff,

I met you not too long ago at the spruce creek fly-in with my buddy Jackson. I am not sure if this message will reach you but I was wondering if you could send me an email at matthew.colt.king@gmail.com. It is about getting Jackson a flight in Obsession. Please send me an email and hopefully we can work something out.

Brian Moore
Jeff, My name is Brian Moore. I backed into your car at the hobby shop in Archdale nc 2016. I see the claim has been paid. You mentioned that it is hard to find people to fly control line with. We fly control line every Sat. at hobby park in Winston Salem nc. We have two assfalt circles for control line and a grass runway for rc. If you see this contact me at fibrosanity1@live.com or call me at 336 635 6491. tight lines Brina Moore
Case Closed! 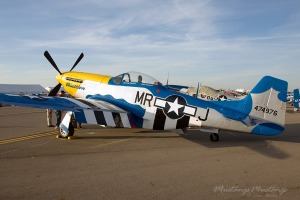