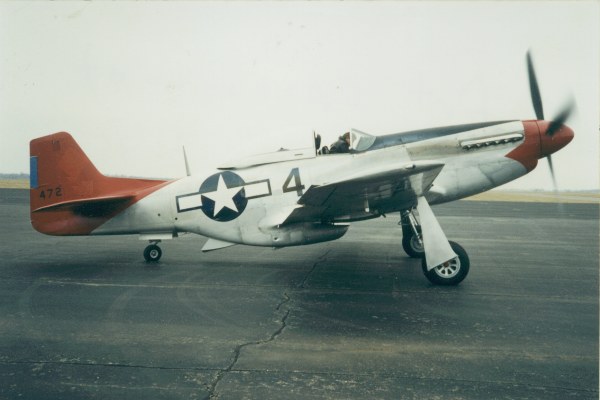 I'm not certain, but my guess is that we're looking at Steve Seghetti's "Singapore Sally."
Lynn Allen II
My guess is Jimmy Leeward or maybe Dan Martin during the making of The Tuskegee Airman.
Eric Martin
This photo was taken during the filming of the Tuskegee airmen for HBO films, and it's either Steve Seghetti, Jimmy Leeward, or Dan Martin.
Larry Smigla
This appears to be sparky, number 44 owned by steve seghetti and flown by his son Brant Seghetti. Steve lives in Klamath Falls Oregon and Brant lives in Vacaville California, painted in Tuskegee airmen markings for the hbo movie, Tuskegee airmen, flown i believe by either Art Vance or Dan Martin. a/c based at the infamous nut tree airport in Vacaville California, races at Reno as 44 and 68 sparky, once painted as top cover, former world war ii combat aircraft with confirmed kills, a/c registered as n151d
MustangsMustangs
Everyone knew it was from the HBO movie but we cut out the last digits of the call number on the tail, because that would be much too simple. And who is in the cockpit? It is Art Vance flying Steve Seghetti's N151D.
john westpfahl
Hello...I have been privileged to have worked as an aircraft inspector with a gentleman named "Bill Szigeti between 1960 & 200+at Pan AM. Bill is/was a genuine character who flew as a B17 belly gunner in Europe, was wounded, recuperated in England where he met/married his wife, had two kids and worked/lived on LI in NY. If I have misspelled Segheti, maybe we have. a family connection. Hopefully I haven't wasted your time, Bill was on everyone's favorite list who worked a Pan Am....Sincerely JOHN WESTPFAHL
Case Closed! 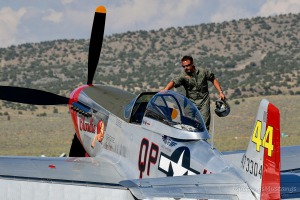