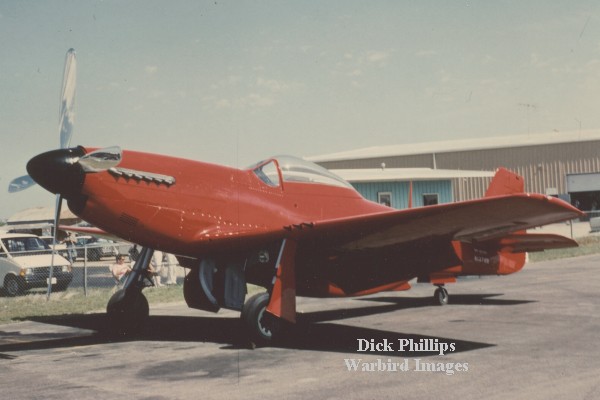 << Case # 157
Who?   Case # 158
Case # 159 >>
P-51 Who? Viewer Responses
Chad Veich
This appears to be the airplane in which Don Knapp lost his life some years back. I believe it came from South America and was called "El Gato Rapido" at one time.
William Yoak
This Looks like the aircraft that was owned by the late Don Knapp. He was killed in his Mustang at Abilene Texas at an airshow in Late '89 or early '90 after stalling close to the ground.
Lynn Allen II
This is the late Don Knapp's P-51 @ the used to be Best Airshow, Breckenridge, Texas. I think Dick probably took this one at the last Breckenridge show he attended. He was flying his Birdcaged Corsair then and I don't remember who flew the P-51 to the show. He was later unfortunately killed in it at a show in Abilene, Texas. Wish we still have them both around.
Tim Savage
This looks like the one that crashed back '90 in Abilene at the hands of Don Knapp...
Mike Vadeboncoeur
Don Knapps old 51? Also destroyed in stall spin accident..
Brad Pilgrim
This is P-51D, 44-72446, N12700 owned, flown and crashed by Don Knapp. He stalled and crashed after a low pass at Dyess AFB airshow in Abilene, Texas on 23JUN90. He was killed. I am not sure what happened to the wreckage. This picture had to have been taken at Breckenridge, Texas. It was the memorial day airshow in 1990, one month before the crash. I have nearly the exact same picture.
tim harlow
I was there at the airshow and saw Don when the mustang crashed and killed him. It was a horrible sight and to this day shakes me up, he was a dear friend of mine and Cookie his girlfriend had the mustang buried, such a tragic loss
Christopher Knapp
Found a news paper on the incident. 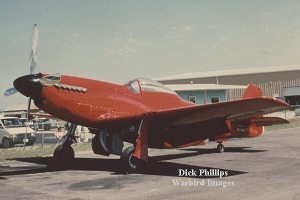