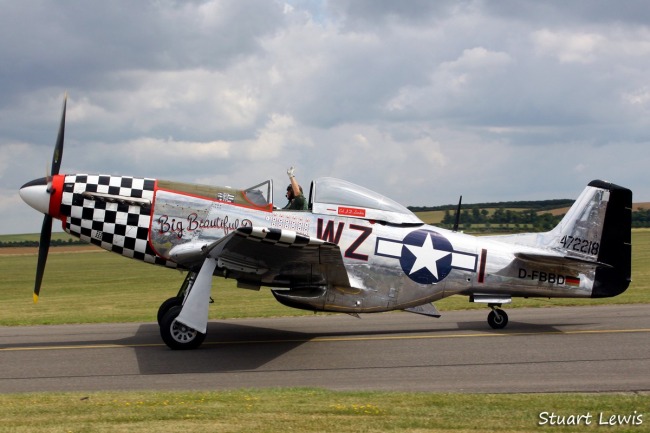 P-51 and Skyraider midair collision during formation pass break to land. Pilot of the P-51, Rob Davies, through some incredible flying bailed out successfully at low altitude and is OK. Hard to say from long-distance photos but the P-51 looked heavily damaged from the impact which was on the right side of the belly just in from of the tail. The mid-air impact was very strong sharply moving the tail up and left. The Skyraider was missing several feet off the right wing tip but landed safely. The un-manned P-51 crashed in an empty field. Very, very fortunate that no one was seriously hurt. Kudos to both pilots for their skill after the collision.