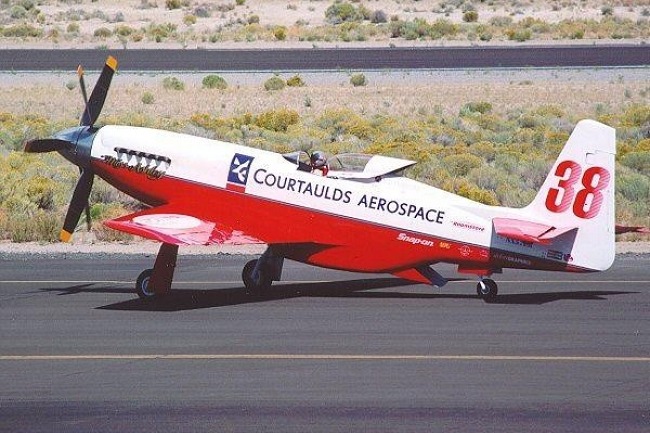 1996: N57LR, Gary Levitz - custom, highly modified unlimited racer
1999: At the Reno Air Races, in turn 1 of the Saturday Unlimited heat race, lap 1, Gary Levitz piloting Miss Ashley II lost his life when the empenage of the aircraft separated causing the aircraft to break up in flight and impact the ground east of the airport. Levitz, 61, was a 30 year veteran of air racing and was competing in the Gold heat race. This highly modified racer uses a Rolls-Royce Griffon engine with contra-rotating props. It also uses a Learjet wing and highly modified tail section. This aircraft was built strictly for racing.