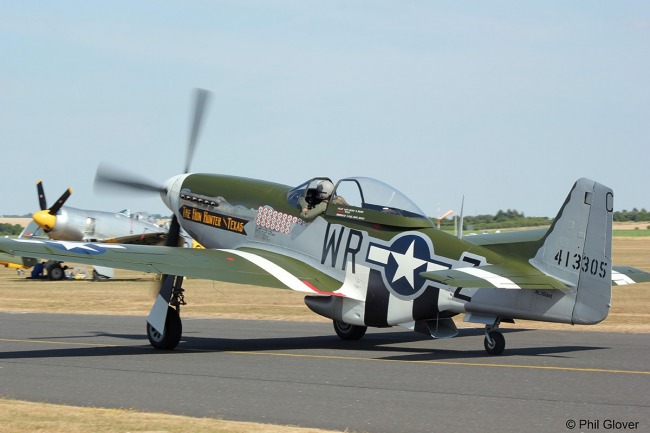 Brooks is a delightful man to talk to and very sharp and has a great memory of past events. He put his life on the line during WWII for us. Hopefully this beautifully restored P-51 will spark interest and inform many of the gallant service he gives to his country. He is retired now, in his 80's, and still very happy to tell us about his experiences in the war - keeping alive the legacy of a great generation. I know that I speak for many when I say "thank you".

There were also other WWII veterans, a P-51 pilot, a B-17 pilot were among the gathering - thank you to all of them. Thanks to Chris Woods for choosing this paint scheme to honor a man he has known for many years.