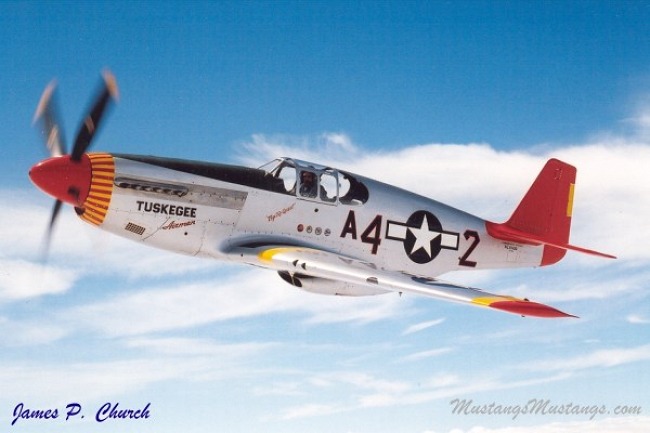 1945: Oct 3, last flight - Surplus by USAAF
This P-51 would not fly again until complete restoration in 2001.
Donated/sold by the USAAF to a trade school for $1 fee in Billings Montana where the condition diminished.