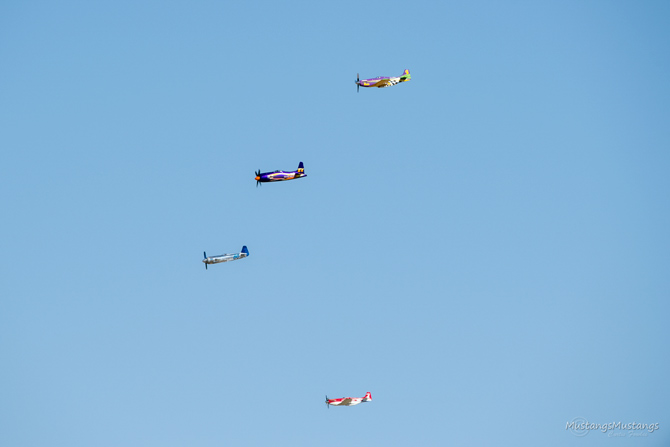 The Big Guns of The worlds fastest motor sport. The Unlimited Gold Racers

Team Voodoo is running smooth, albeit with a bit of concern. Their backup race Merlin actually did not make it to race week as they hoped. They have one engine to qualify and win on. Last year they used one engine to qualify and one engine to race. Can it hold up? They will certainly be pushed by Rare Bear, Czech Mate and Tiger. It will be a week of a power balancing act but who else would you want in charge of that act but crew chief Bill Kerchenfaut.

Rare Bear has a new motor and has been testing and flying well before the races this year. It sounds good, but can they pass Voodoo? Steven Hinton flies a clean line and rarely makes a mistake. He will be hard to pass. Do not forget about Czech Mate. Sherman Smoot is flying fast and waiting for someone to make the slightest mistake.

Lots of action in the Precious Metal pits this year, but the engine is strong and Thom is ready to compete with the fastest racers. How much do they have?

This race will go down is history as the best unlimited race ever. Maybe it is, maybe it is not, but for all the fans there on Saturday it was the best race of all time. Drama began back in June when Tiger jumps into the ring to dethrone his friend and student Steven Hinton in #5 Voodoo. Tiger is starting last and has a long way to go to even catch Hinton. Read more about it on The Race Page. The finish was so close, about the length of Strega's cowling.

Tiger is out, but Rare Bear is very hungry and is starting right next to Voodoo. If Voodoo stays healthy, Stewart Dawson in Rare Bear is the only chance to overthrow the Champ. Coming down the chute they sound awesome! Voodoo pushes ahead with Rare Bear less than 2 seconds behind at the valley of speed. Then I hear "mayday" on the scanner but it is so loud I cannot hear the race number. I look overhead but see nothing. Later I hear "Race 77" - oh no where is he? While watching the race and trying to get some good shots at Pylon 2 I hear another mayday - what? Where is #77? Is he down yet? I scan the north side and finally see Argonaut setting up for what looks like 18 - the old abandoned runway by the Guard Base. It is in bad shape but it does have new stripe of paving down the center. Why is he landing there? Then I spot Rare Bear over the threshold of 14 - both are landing at the same time. Rare Bear is down safe but I cannot see the landing of Argonaut from Pylon 2.

Thom Richard in Precious is looking and sounding great. He started in last place but has been passing racers and is now in 3rd! Then it looks like Czech Mate was reeling in Voodoo! Maybe will will have another great finish. I got a shot of them over Pylon 3 and Smoot is less than 2 seconds behind at that point. Hinton and Team Voodoo must have been caught by surprise. Voodoo continues to run strong and wins by 4 seconds at 462 mph. Precious Metal finishes 3rd but after the race, Thom Richard is DQ for cutting the East Deadline when video from his racer challenges that call. The DQ is not protestable - tough break for Precious Metal.


Congrats to Steven Hinton and Team Voodoo for a back-2-back Championship. Also congrats to Sherman Smoot who takes 2nd.