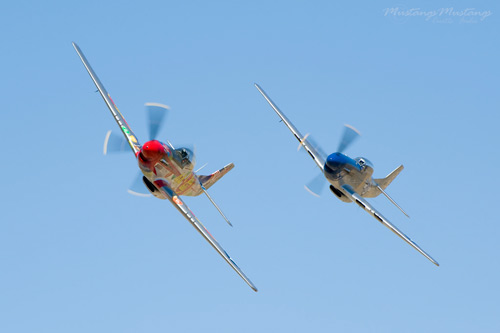 The Gold, Silver and Bronze Unlimited qualifying results: we'll start from slowest (or least fastest for you positive thinkers) to fastest.


A couple freshman racers this year: #12 P-51D "The Rebel" owned and flown by Doug Matthews and Steve Hinton Jr. who was alternate pilot on at least two P-51s and flew "Air Biscuit" during the week also.

Sad note that after qualifying "the Buick" #8 Dreadnought had to stand down for the rest of the week of air racing. They found metal in the screens. Dreadnought has been the most steady racer that I know. 455 mph, you can book it, year to year. After race week, the silver racer was dismantled and put on a flatbed trailor for the trip home.

Howard Pardue's #14 Bearcat seemed to have a louder growl this year. Howard raced around in the four hundred and teens during the week in this "stockish" F8F. Bob Button's #5 Voodoo suffered a busted merlin on Sunday when new Team Voodoo pilot Will Whiteside was practicing. Team Voodoo worked all day Monday and got the stocker back in and ready to go. Later in the week they suffered from the mysterious missing oil problem, but worked it out. Look for more speed mods from Bob and Team Voodoo in 2009. In the plans are the return of the cut-down canopy and turtledeck and a new boil-off cooling system (scoopless).

On Friday during the Bronze Heat, Stu Eberhardt and Bob Odegaard raced nose to tail and finished first and second with only a .1 mph difference. Steve Hinton Jr. and Rob Patterson also raced very closely during the same heat. Stevo brough the jelly bean plastered P-51 in at 314.6, just cruisin'.

Pardue won the Silver Heat in his Bearcat at 410 mph. During this race CJ Stephens was flying #114 Argonaut when the radial cut loose with smoke and oil. CJ pulled up and off the course for a mayday. He landed safely still streaming oil and smoke - nice work. CJ writes about it over on Scotty G's WarbirdAeroPress.com (check it out).

I had the unique opportunity to shoot the racers from Pylon 5 on Friday afternoon. This is a great place to watch the race from and the light on the racers is very nice. Thanks to RARA for making that happen! The Gold Heat from Pylon 5 was very exciting to watch and shoot.

On Saturday, Rob Patterson in #81 Lady Jo won the Bronze Heat at 338 mph and Ray Dieckman in #71 Sawbones won the Silver at 407. Hinton Jr. and Matthews raced close in Sparky and The Rebel with Hinton finishing ahead by 1.2 mph. Also in Bronze, Whiteside in Voodoo and Gordon in Speedball Alice, raced within .1 mph of each other - very cool to watch. Oh, it sounds very nice too.

Sunday, pay day, is what it's all about. The higher the finish, the bigger the check. The goal is to finish as high as possible while keeping the entire aircraft airworthy for the trip home on Monday. Many race teams with stock warbirds have preset power settings they plan on using during race week. The pilots stick to the regiment as it has proven to give them the fastest time with the least problems. Remember that busting up any of the engines costs big bucks - more bigger bucks than the paycheck can cover :)


There was a good race for 1st in the Silver Heat. The rest of the field was spread out a bit. The Bronze Heat was won by #5 Voodoo which is normally a Gold Heat racer, but Voodoo's race engine blew up on Sunday and they raced the whole week on the stocker. Still with a stocker, Voodoo is fast because it is clipped and trim. Whiteside will add a couple trophies to the mantle this year.

Good racing by all. Congrats to Stevo and Matthews. I'm sure that Whiteside was looking forward to racing Voodoo in the Gold, but that will have to wait til 2009.