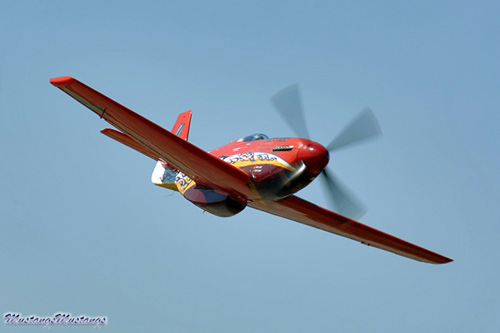 "Conquest of the Skies" is this year's theme at the Reno Air Races - Home of the world's fastest motor sport. For the past three years over 200,000 people come to Stead Airfield off Highway 395 just north of Reno, Nevada.

This is the 43rd year running! Fans were entertained with airshow acts, static displays and air racing from little tiny midget home-builts to the heavy-iron World War II vintage warbird fighters capable of race speeds of 500 mph. Most that are here have been hooked for many years. For some it's their first year of many to come. School buses lined Mt. Anderson St. to help get our children addicted to something worthwhile.

The Reno Air Race Association (RARA) has been doing this for many years. Everything runs smooth, access is easy, the show is great and there are vintage WWII fighters flying 50 feet off the ground at over 470 mph! Plenty of food and drink to keep you happy and lots of hats, shirts, jackets to bring home with your favorite racer's logo.

People travel from around the world to experience the thrill of air racing and in doing so dump over 200 million dollars into the Reno economy. All ages of race fans come to see, hear and smell air racing. There was a nice show in between races and the action was non-stop. Feature performer were the USAF Thunderbirds. They put on a super routine. My personal favorite is the USAF Heritage Flight. This year they showcased two P-51 Mustangs, an F-15 Eagle and the F-4 Phantom.

This year was filled with pre-race hype as news came in of some new unlimited racers to join the field. Bob Odegaard restored the beautiful #57 Super Corsair to the Cleveland Air Race vintage from the late 40's. He has been to Reno before as a static show and has performed a very nice air routine. This year, he was racing and drawing a large following. Like the Tigercat, the Super Corsair turned many heads coming aroung pylon 8.

The other historic racer is Jimmy Leeward's "Air Ranch Special" or originally known as "The Galloping Ghost". For the last year, Leeward and crew have been working hard to get the ghost ready for some air racing. Last time the Special raced was in 1989. Unfortunately, they did not have enough time to get everything in order for this year. The Galloping Ghost will have to wait for Reno 2007.

The weather this year started out fantastic with temps in the high 80's, clear and light winds. As the week progressed, clouds moved in Thursday morning and by Friday, it was cold and windy. Temps were around 30 early in the morning to the mid 60's by afternoon, but the wind brought those temps down. Everyone bundled up to keep warm. Saturday was forecast to be similar. Luckily, the winds did not come back even though temps were down. The afternoon was very pleasant. Sunday was an awesome weather day, could not have ordered a better day.

The week of racing was safe for the pilots. Unlimiteds had several maydays, but all were handled very well and everyone got on the ground safely.