One of the longer P-51 ownerships has come to an end. 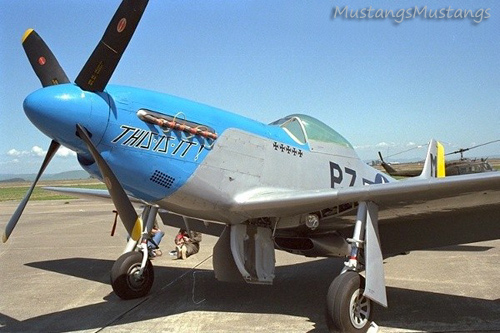 Richard Bjelland owned N2051D since 1984. It had crashed in 1967 and was restored/converted at Cavalier Aircraft. A crash landing in 1973, owned then by Richard Bach and a subsequent restoration took place. Gordon Plaskett was owner for a short time in 1976. Bjelland took her over from John Herlihy in 1984.

Paul Besterveld now owns her and he will restore N2051D to her former glory, with the addition of a polished fuselage. This is a good looking P-51 and a very good candidate for restoration. Chris Wood and Mike Greenhill and among those who will perform the work at Besterveld's shop in Camarillo, Ca. Looking forward to seeing her in the air again in the late fall of 2010.