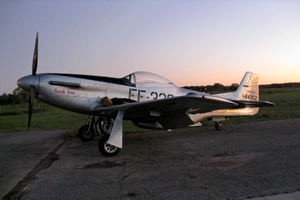 Owned for many years by Charles Monthon, 44-84952 sold in November 2008. This P-51 did not get out much lately to shows or public appearances. It was seen flying around in January 2009, now named "Sarah Jean". Registered in November 2008 to Tide Aircraft LLC. Aircraft is reported to be in Texas. 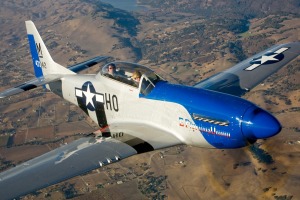 Conrad Yelvington took ownership of a new TF-51 in 2008. The TF was restored by Dave Teeters in Salinas, Ca. It is a beautiful TF. Nice to see new restorations in the skies. Painted as blue-noser "E Pluribus Unum". 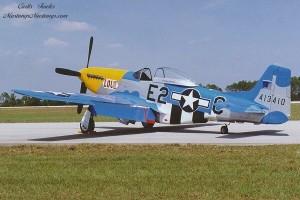 Terry Dieno of Saskatchewan Canada purchased 44-63350 and will fully restore the aircraft to airworthy condition. This aircraft crashed in 2007 and received heavy damage. 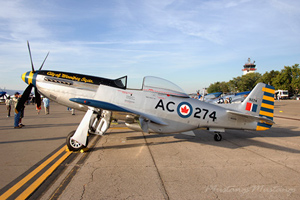 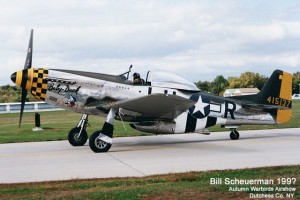 The Warbid Heritage Foundation of Waukegan IL is the new owner of N510JS. This P-51 has been in storage and will be going through a restoration to airworthiness. 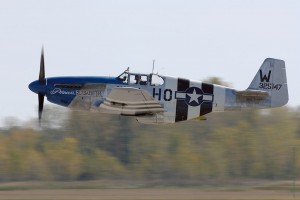 Too many toys for Jim Beasley. Beasley sold the famed P-51C to friend Dan Friedkin in July 2008. The aircraft will be based in Texas and used in the P-51 display team "The Horseman". Beasley, Friedkin and Ed Shipley fly a 3-ship P-51 routine that is something special to watch and hear. 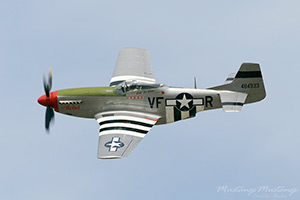 Doug Matthews will base N201F in Florida and name her "The Rebel". Matthews purchased 44-84933 from Harry Barr, who purchased this p-51 to fly while his other p-51 (44-74466) was being repaired from an off-airport "landing" due to a power failure. Once Barr's p-51 was repaired, N201F was put up for sale. Matthews brought her to Pylon Rookie School at Reno in June and qualified for the air races in September. 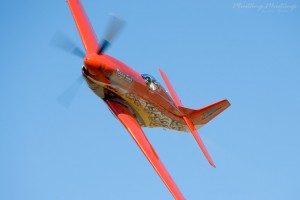 Ryan and Greg Costo of Dream Machines LLC have purchased the famed racer Dago Red. They plan on moving the race team forward and will compete in September 2008. Mike Barrow will build the race engine and Dan Martin will be the pilot. They also purchased two other P-51s this year. 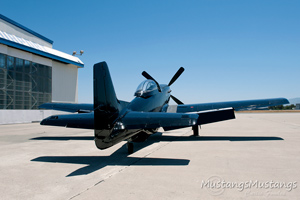 Costo also purchased Bill Dause's P-51 that was painted all black, 44-73079. She was ferried to Salinas Ca in June by Dan Martin for dismantling and shipping to Arizona for restoration. They also purchased a TF-51 project, 44-63791. 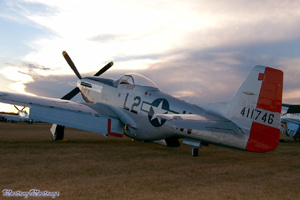 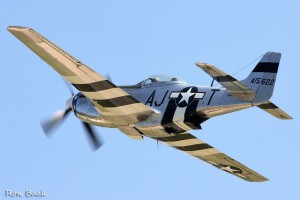 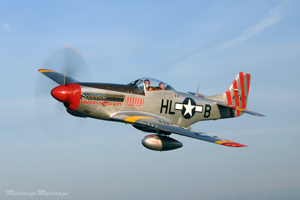 John O'Conner purchased "American Beauty" from Max Chapman in 2007. This beautiful P-51 is rumored to be sold and heading to Texas in October 2008. 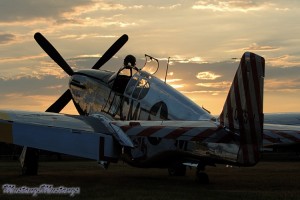 This rare beauty was almost sold last year, but did not take place. But now the deal (new buyer) is done. Max Chapman sold the only TP-51C currently in existence to the Collings Foundation! When the bombers come to town, they will be bringing a little friend of their own :) Congrats to Collings! 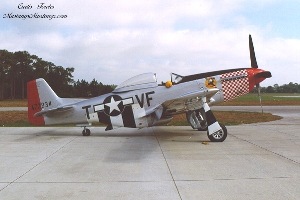 Tom Harmon, previously owned "Su Su", has picked up "Shangri-La". This P-51D is painted up like Don Gentile's last P-51. 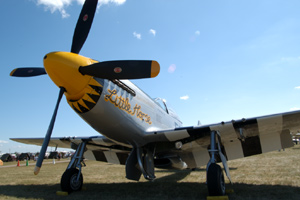 "Little Horse" is reported sold and should be to its new owner soon.