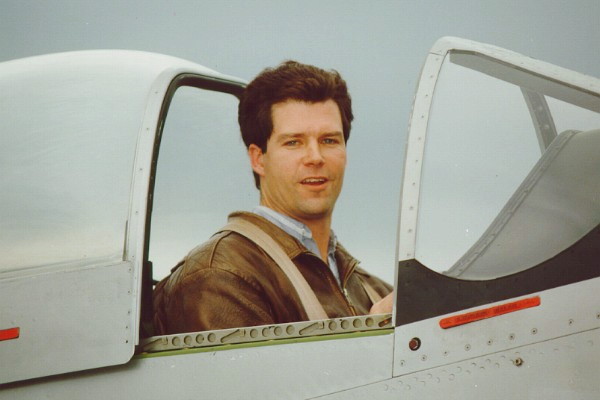 The weather was not great, but good enough. Three thousand foot ceiling and 15 miles visibility with possibility of light rain was all Ken needed to put in a very successful flight. His take-off roll was straight and his rotation smooth. He found the gear handle at about 300' AGL (Sacrilege! around Hollister) and then circled the airport a few times with shallow turns getting familiar with his aircraft. The hardest part about the flight was getting him to come down! We almost decided to go eat lunch again and come back for his landing later, but who could blame him? His first flight as pilot of the best WWII fighter aircraft (I would need full fuel). 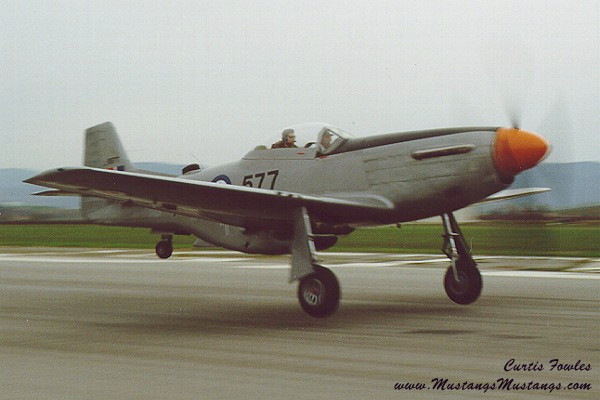 Stu walked him through procedures many times and it paid off. I saw Ken in the back seat looking over the shoulder of Dan Martin to get a feel for the speeds and the view up front - check out the pic. Dan Martin flew Ken's plane the day before Ken's flight and Dan talked to him for a while about the airplane and pattern work. Ken circled the pattern a few times before landing. He carried a little extra speed on short final (exactly what he was told to do as a new P-51 pilot). The landing was good, with plenty of runway to spare. Stu was pleased and Ken was excited and relieved. He did it, and did it well.