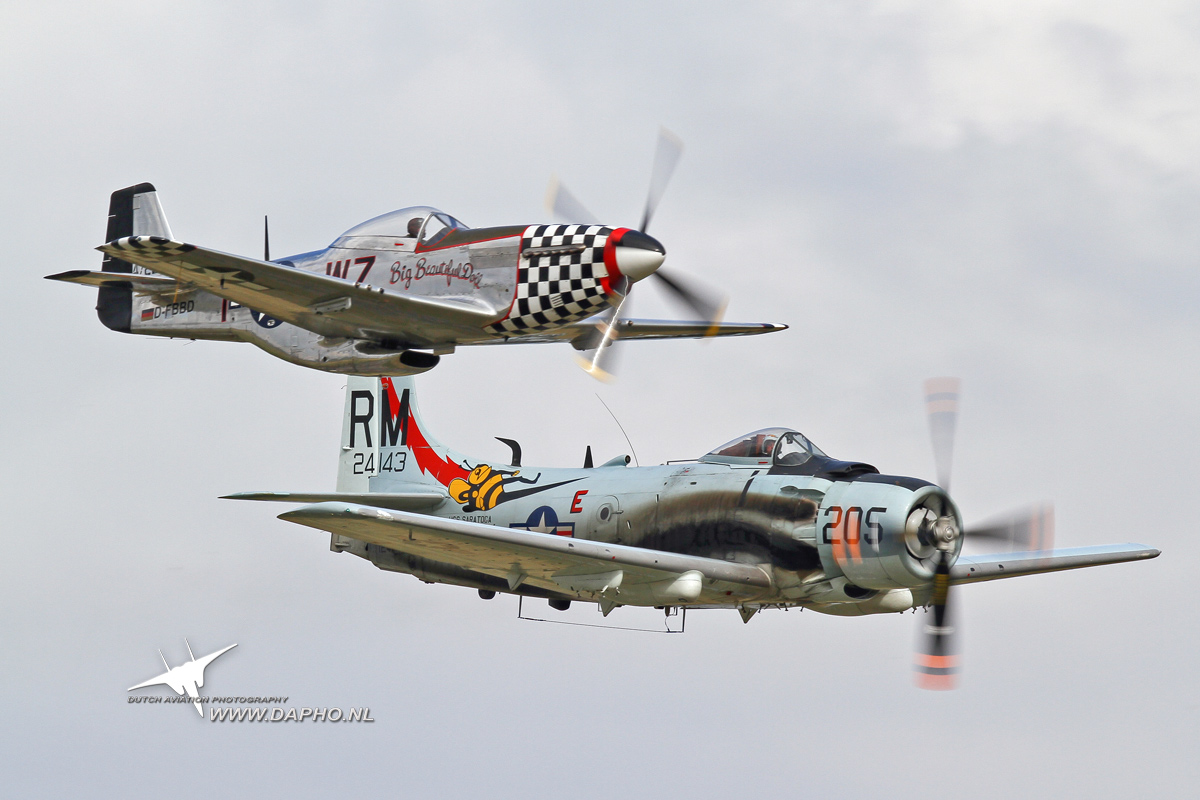 Formation flying: one moment everything is ok ... a few seconds later, all hell breaks loose.

The flight of three, 2 P-51 Mustangs and an AD-1 Skyraider, came past the crowd of spectators at the Legends airshow in Duxford in a tight well-flown formation, one of many coming by the flight line and then breaking to land. The P-51 lead breaks from the center, 2 seconds later #2 breaks and to folow lead around to land, then #3. During the break and climb to pattern altitude, the Skyraider (#2 in flight) is turning/pulling harder than the lead P-51 (Rob Davies in A68-192 Big Beautiful Doll). Moments later, the Skyraider's flight path intersects the P-51.

The Skyraider hits the P-51 and both aircraft are jolted severely by the impact. "It was an extremely loud impact which I could hear above the noise of the engine and my headset ... the aircraft was thrown violently on its side ... " said pilot Rob Davies. The Skyraider's right wing hit the lower-right tail section of the P-51 just forward of the elevator. Several feet of the Skyraider wingtip fell off and the aircraft went from a hard left bank to a somewhat out of control right roll.

The Skyraider pilot continued the right roll, regained control and ended up on a low downwind. He landed safely with a very damaged wing. That was some awesome flying skill to regain control so close to the ground and land safely. The photo below shows the damage to the Skyraider right wing. 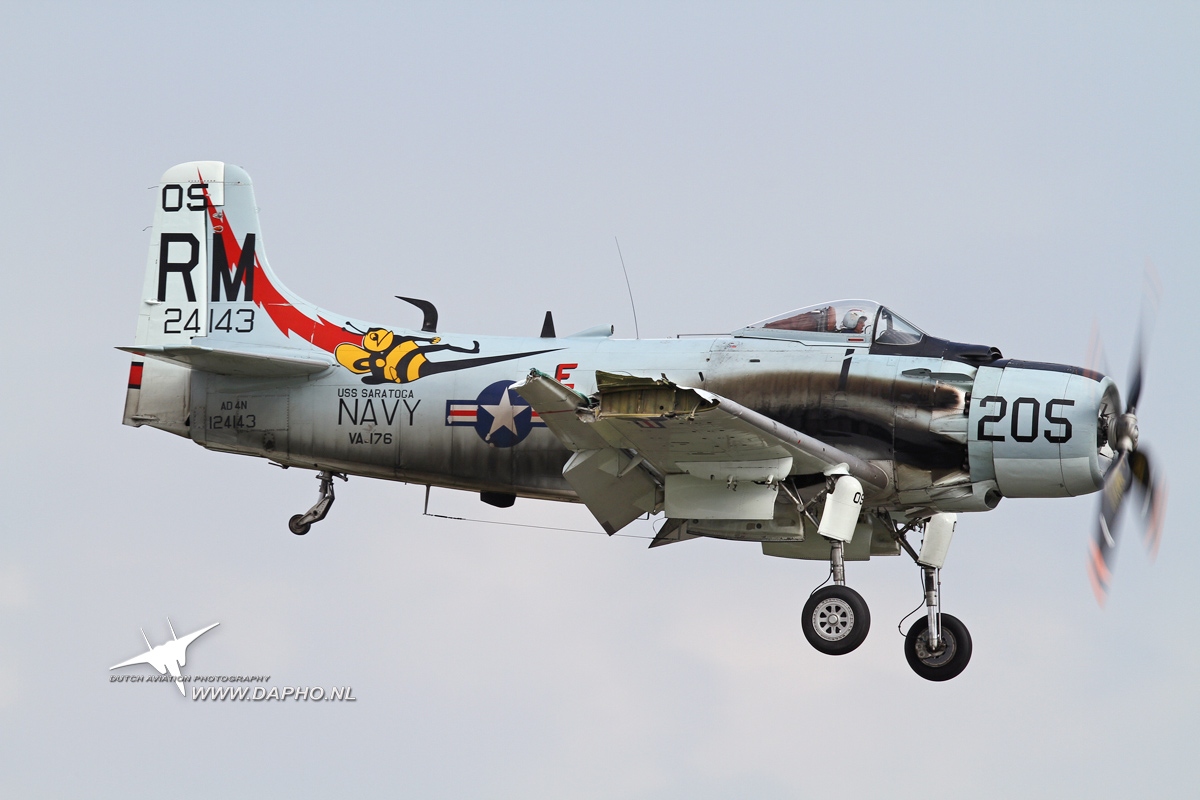 The P-51 was thrown sideways and through incredible skills by Rob Davies, the P-51 was leveled before a stall or uncontrollable flight ensued. The canopy was immediately jettisoned as Davies prepared to exit the aircraft. The impact severed control authority to the tail surfaces rendering pitch control from the tail useless. Landing normally was not possible. Davies did not hesitate, which saved his life. He exited the aircraft, and reports are that he clipped the tail on exit. His chute opened on command only a few hundred feet from impact. He landed a bit banged up but safe. 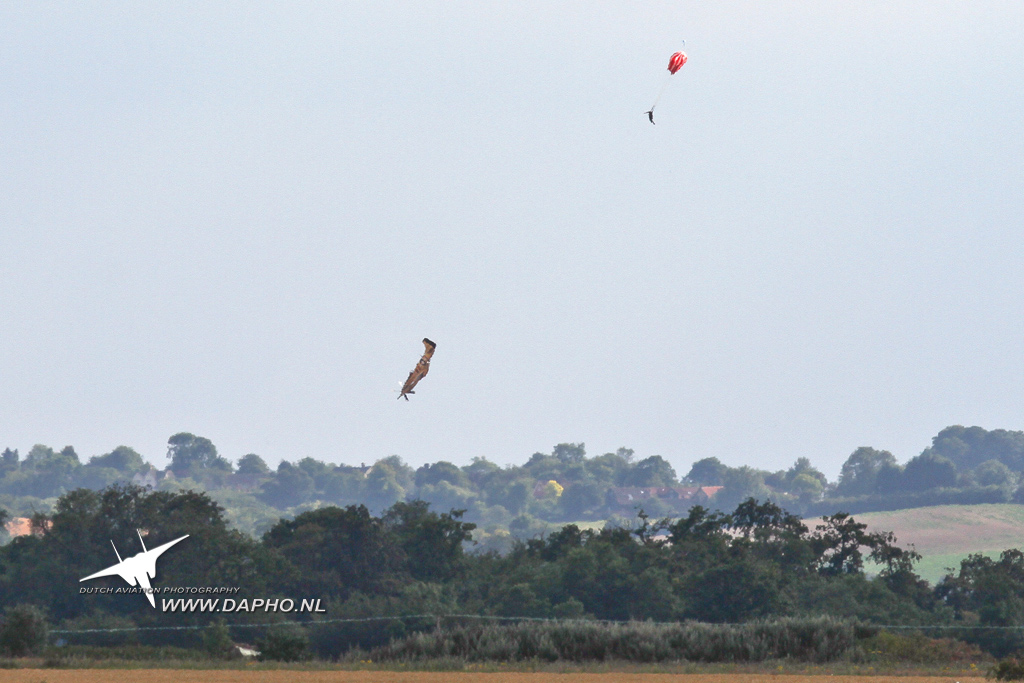 This incredible image by Johan Boerman (dapho.nl) shows how little time Davies had to eject.

The P-51 hit the ground before Davies chute was fully opened. Truly some spectacular piloting by Rob Davies who had recently sold Big Beautiful Doll to a buyer in Germany. The aircraft received a polished fuselage and some repainting just before the Duxford show. Davies was very skilled, comfortable and had many hours of flying display experience at Duxford.

The Skyraider is known for its toughness, the ability to absorb damage and keep on going. That was confirmed again during this incident. The P-51 Mustang not known to take punishment as well, showed that it is also a very tough aircraft. If you watch the videos of the midair, you will see how violently the P-51 was thrown after impact. It is very surprising that the right wing did not stall or that the P-51 did not end up inverted during the severe jolt. Instead through some masterful piloting, she stayed together and kept on flying long enough for the pilot to get out.

Through quick, decisive and professional reactions to a midair collision, a catastrophe of unknown results was averted. Many warbirds were in the pattern to land and at close proximity with each other. Another formation flight was behind Davies' on initial to break and land. Thankfully all pilots came home to fly again.

Here is a link to the interview with Rob Davies and some video of the accident. BBC South East News 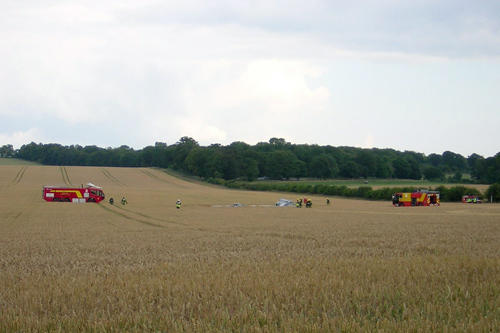 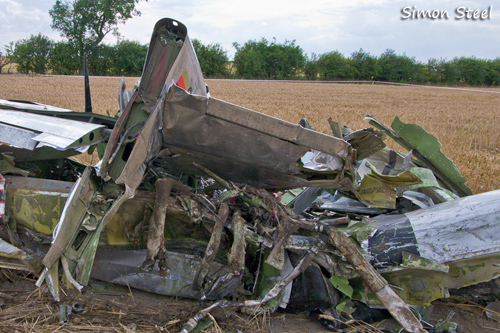 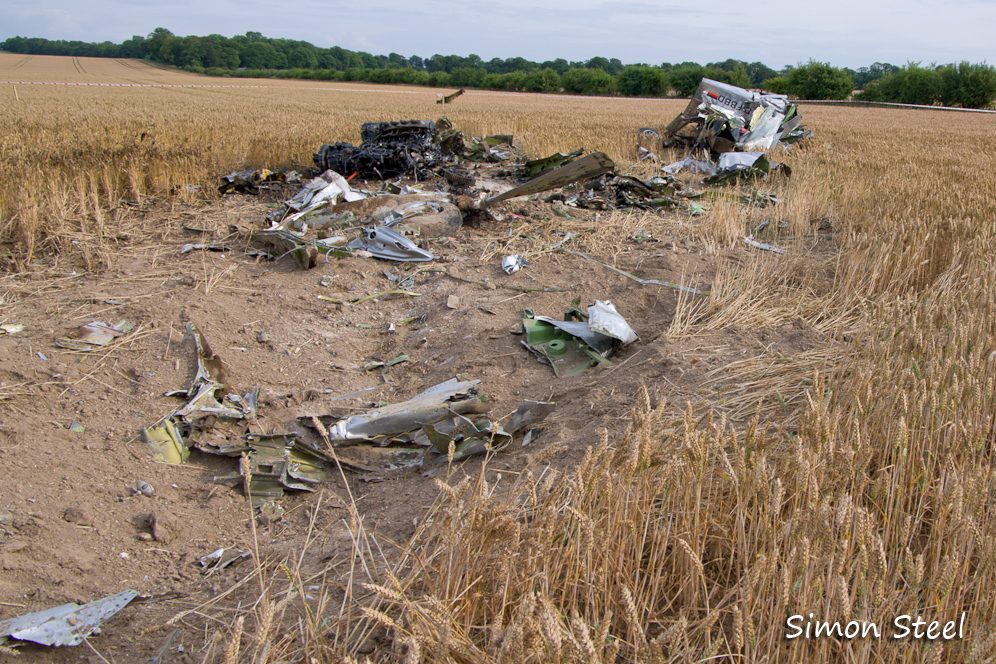 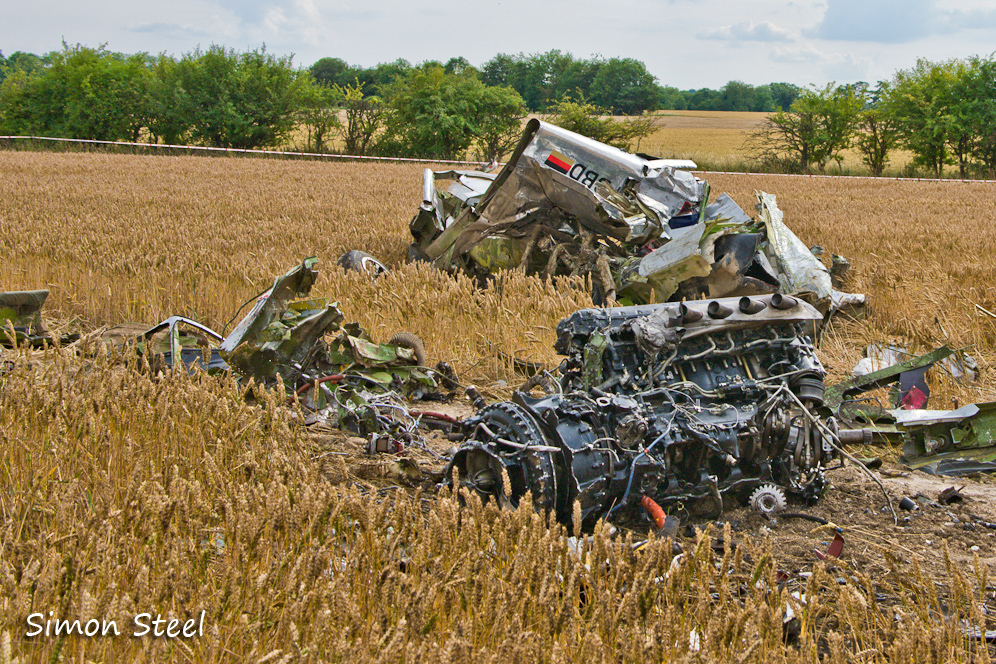 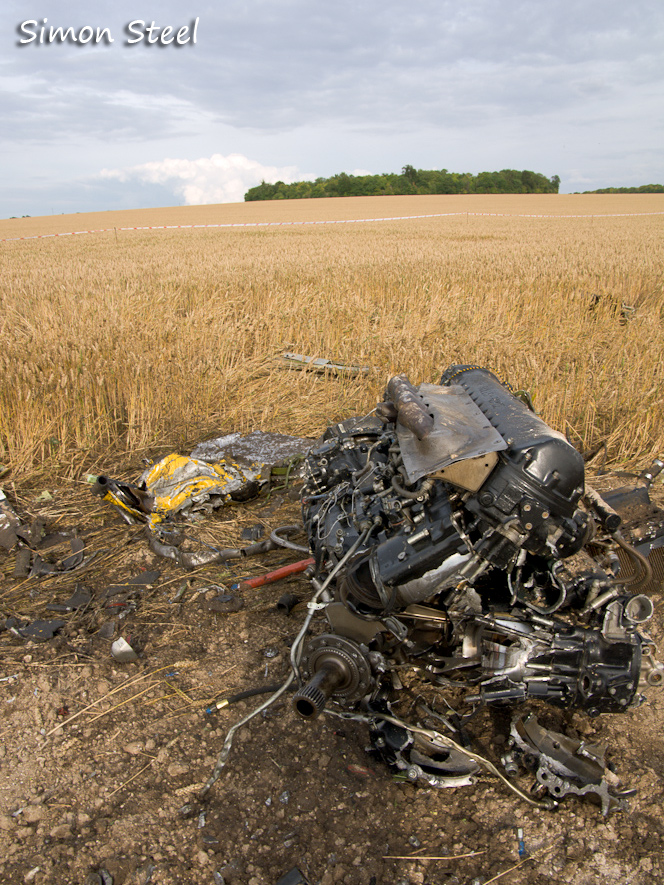 Had the impact been anywhere else on the P-51, control would most likely have never been regained and the outcome entirely different. Luckily, miraculously, only the P-51 A68-192 was destroyed in this incident. It will need a complete rebuild to be seen flying again.