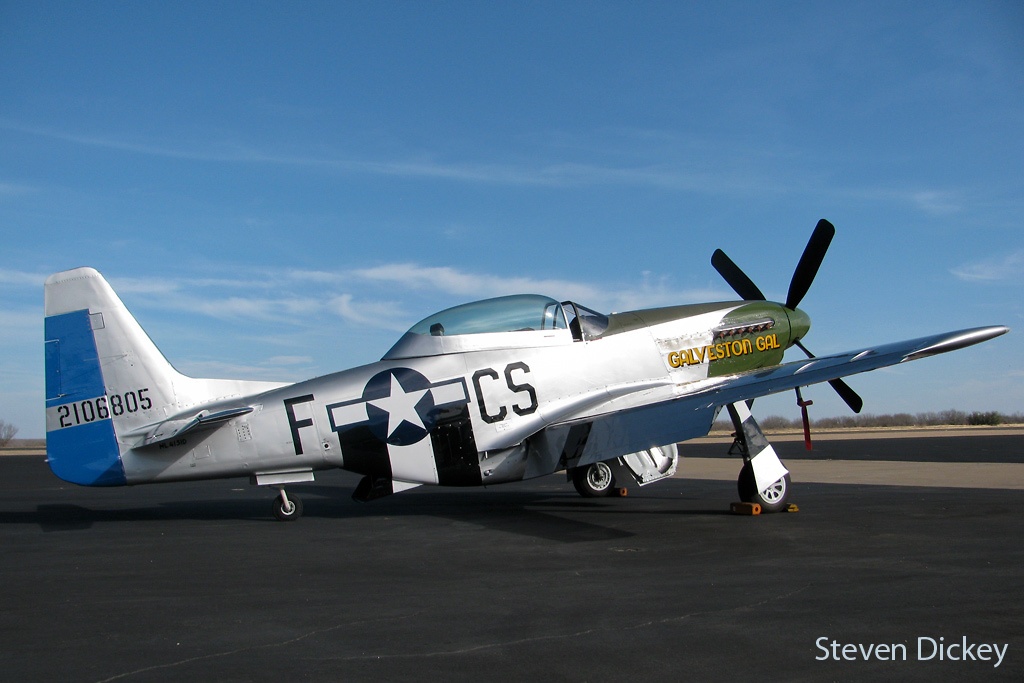 A nice new look for a TF that has not been seen much in the last several years. This P-51 was modified while in FAS (El Salvador) service. Jack Flaherty recovered her as a wreck and Gordon Plaskett of King City Ca rebuilt her to airworthy standards. N4151D was owned by William Hane in Arizona since 1991. 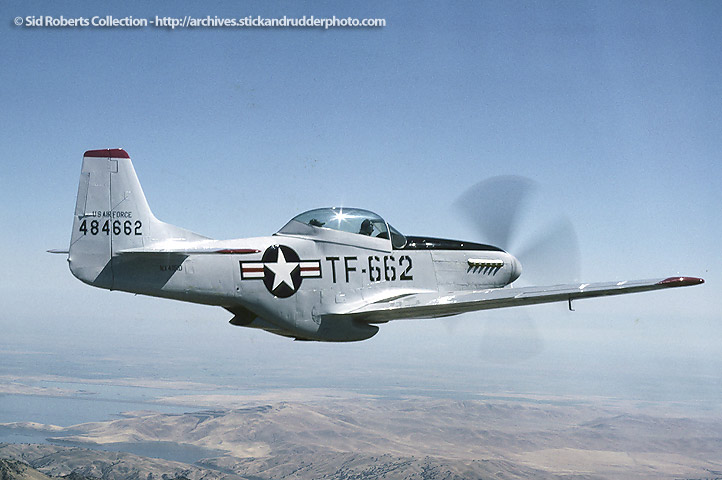 A pair of nice shots of N4151D before sold to the Lone Star Flying Museum. 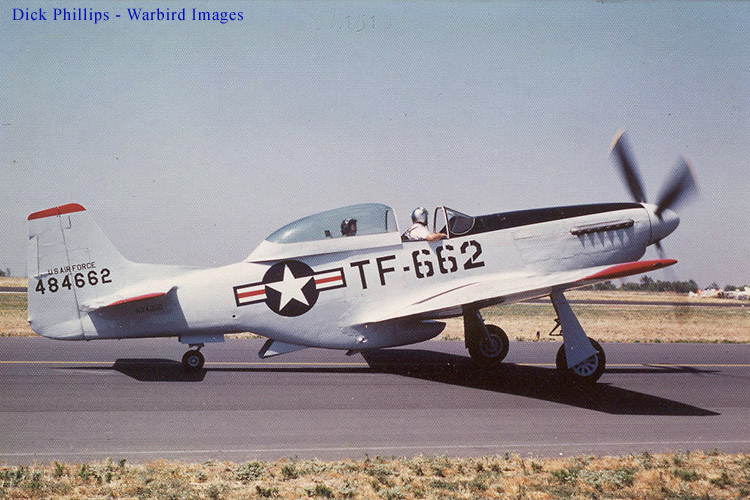 In December of 2009 Lone Star Flying Museum purchased the TF-51 and after a full IRAN inspection, extension of the vertical stabilizer, new fuel cells in the wings and replacement of the lower longerons, 44-73458 emerged from the paint shop as "Galveston Gal". 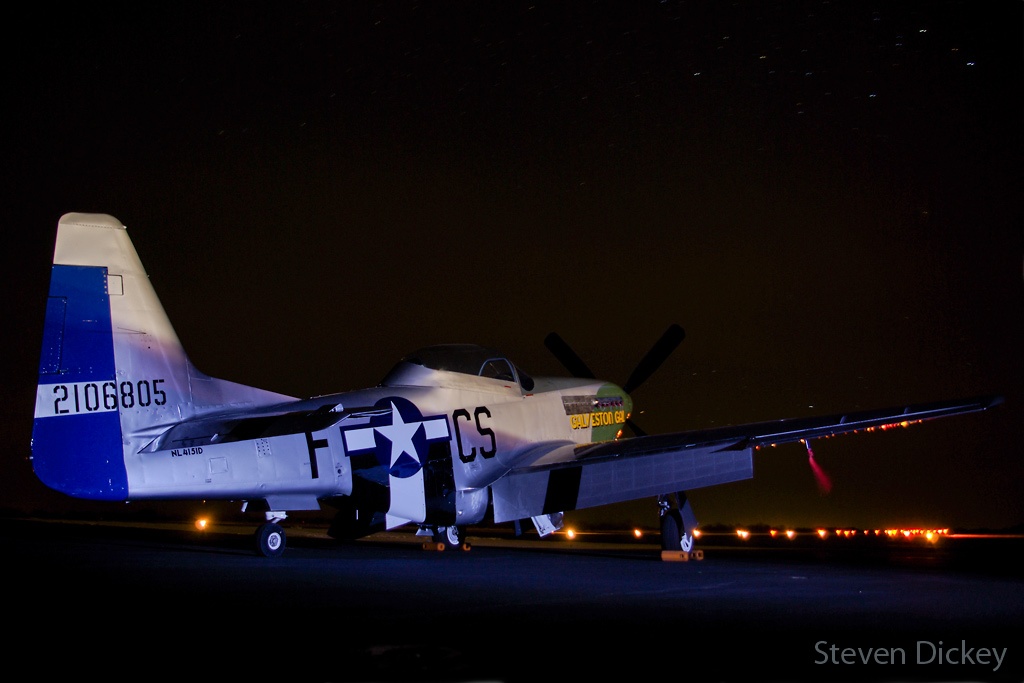