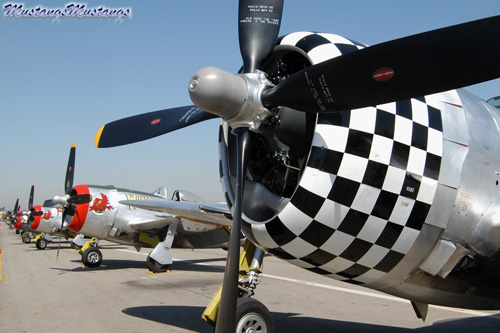 How many arguments have you heard about the capabilities of the P-47 vs the P-51? Many, I know. The truth is that the P-47 was a very good fighter and an excellent ground attack platform. The Thunderbolt could take a huge beating and still get home. The P-51 was not as tough near the ground because the engine coolant lines ran right under the pilot from the engine to the radiotor in the belly. One hit on those lines (oil or coolant) and the engine was done in a short time.

At altitude, however, was another story entirely. The P-51 excelled up high and was the fastest fighter out there. It also had the longest range. Two great aircraft for different roles.